View source
watch 02:19
Wiki Targeted (Games)
Do you like this video?
Play Sound 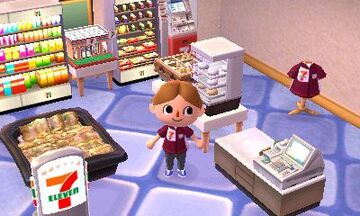 In Animal Crossing: Happy Home Designer, all three waves were released from July 30 to September 30, 2015 alongside Monster Hunter items.

Each item is obtained by visiting a Japanese 7-Eleven during the appropriate period, connecting to their Wi-Fi, and visiting the Post Office and asking about a present. Each item can only be obtained once per account.

As of the Welcome amiibo update, several pieces of the set can be purchased for 3 MEOW Coupons via Filly's RV.

The 7-Eleven set is not customizable. 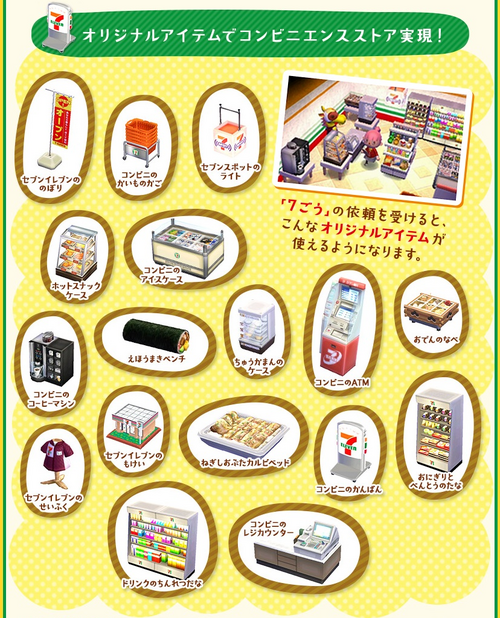