An Action Replay is a device used to hack into the Nintendo DS or Nintendo DSi system to modify game data. In the case of Wild World, a common use was to make every item available in the catalog and cause the player to have maximum Bells. Action Replays also can create items (such as seeds), it is also used for the Villager Modifier. Depending on the usage, the game's code may start to display glitches.

Due to Nintendo's improved device security, the creators of the Action Replay had to release a new model for the Nintendo DSi system, Action Replay DSi, allowing owners of this device to continue hacking.

Using an Action Replay on Animal Crossing, it is possible to obtain certain items or modify the bug/fish encyclopedia. The player's gender can be changed, as well as their size and position (the latter of which is often referred to as "jumping"), which can be used to get to certain places that are normally inaccessible (most notably the Island, without a Game Boy Advance connected). Many players also try to catch the whale via Action Replay, though this is impossible. The terrain can be altered and modified. It is possible to obtain the NES games Mario Bros., Ice Climber, Super Mario Bros., and The Legend of Zelda, though Mario Bros. and Ice Climber are also able to be obtained through e-Reader cards.

The Action Replay device makes it possible to have an infinite supply of any item and Bells, and clean-up weeds. There are also programs, such as AnimalMap, which can allow the player to change acres in the town and duplicate buildings. Jumping is not possible, as Wild World has no Z axis for players and villagers.

New Leaf has no Action Replay codes to modify RAM memory, due to the higher security of the Nintendo 3DS; it possesses AES encyption. Instead, Datel has created another save editor called the Action Replay: Powersaves Pro. Players are able to give themselves 99,999 Bells, and fill their Bellpoint savings to the maximum (999,999,999 Bells). There is also a pocket modifier, this allows the player to choose which item of furniture/clothing etc they want. Hackers on the gbatemp forums have also discovered a way to insert unsigned code, and run it, on the 3DS. This method only works on 3DS firmware versions 4.5-11.2. 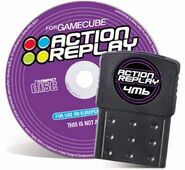 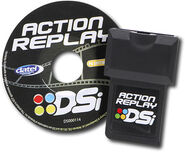 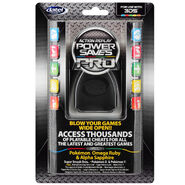