Original Soundtrack, Remix
Animal Crossing Your Favourite Songs Original Soundtrack was a soundtrack available to buy from the Club Nintendo website, using "stars". The item cost 2,000 stars and was only available in 2009. It is now a limited item and can no longer be purchased from the Club Nintendo store. As of July 6th 2016, the soundtrack was available on the Nintendo UK store for £10. It was a re-release of the Japanese album Animal Crossing: City Folk ~Forest Concert~.

The booklet contained the titles of all 39 songs in English as well as a small thank you message at the bottom in Dutch, French, Netherlands-English and Dutch; Spanish, Italian and Portuguese.

The songs are K.K Slider's most requested songs. It is a 39 track album, with 36 soundtracks and 3 bonus tracks. 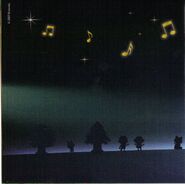 Back of the booklet. 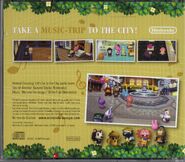 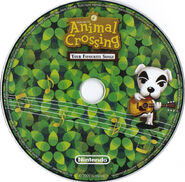 Inside the case, revealing the CD and booklet
Community content is available under CC-BY-SA unless otherwise noted.
Advertisement