AF+, AC, AFe+, WW, CF, NL, HHD, PC, NH, Dōbutsu no Mori
Blathers (フータ, Fūta?, Hooter) is an owl special character who serves the director of the Museum. Blathers first appeared in Animal Forest+ and has appeared in every Animal Crossing series game since. Players can patronize the Museum by bringing Blathers donations of fish, insects, fossils and paintings. Given his nocturnal nature as an owl, Blathers sleeps during the daytime at his post in the Museum, though players can still wake him up to donate to the Museum.

He can also give the player information on the museum, such as exhibitions, what has been donated and by whom in every game from Wild World onward. Blathers was seen on the cover of Animal Crossing, standing on the roof.

Celeste, Blathers' sister, was introduced in Wild World, and manages the observatory.

Blathers is an owl with brown feathers. His face is white and he has a yellow beak. His arms are wing shaped and he has yellow talons. His eyes are very big with small black irises. He also has big pink cheek circles on his cheeks. His belly appears to be checkered in diamonds with light brown and white squares, similar to an argyle vest, which is traditionally associated with academia. His green bowtie further alludes to his academic nature.

Blathers has a surprisingly detailed history in comparison to many other Animal Crossing series' special characters. As a child, he was brought up in the city, living in his parent's house with his sister, Celeste. After finishing school, he attended university, earning multiple degrees, but not a doctorate. His professor approached him prior to finishing his archaeological doctorate and recommended Blathers accept a post as the director of a country museum given all other curators in the Faraway Museum refused to take the post. Blathers enthusiastically accepted the positions, and, despite occasional homesickness and being unable to complete his doctorate, he express no remorse in taking the job.By the time of 'Wild World', Blathers has apparently completed his doctoral studies as he is now able to officially identify fossils. He in his mid-twenties at this point. Despite his academic nature, Blathers has entomophobia (the fear of insects) and brings this somewhat ironic trait up frequently when the player donates a bug. This fear arose when, as a child, a mantis egg case ruptured on his desk, causing thousands of mantises to fly out and terrify him.

Much of his backstory is presented in the form of conversations with Blathers on certain days in Wild World. These days are easily identified by Blathers releasing occasional sighs when not in the conversation with the player and by him being awake during the day rather than sleeping as usual. To see the conversations, click here.

Blathers is introduced in the original Animal Crossing, serving as the Museum's director. Whereas Blathers is trained in fish, bugs, and paintings, he mentions that he is unable to officially identify fossils, though he is confident in his ability nonetheless. He instead requires the player to send unidentified fossils to the Faraway Museum for identification. He expresses sincere appreciation for all donations and dutifully displays them in the museum's exhibits. Blathers demonstrates considerable knowledge on all items which can be donated and often rambles about them in great detail to the player after a donation is made.

Blathers has apparently earned the official license needed to identify fossils by 'Wild World'. He expresses sadness when the player chooses not to donate a fossil to the Museum after he identifies it if the fossil has not already been donated. He continues accepting all other donations to the museum and providing detailed information on each donation, though he continues to be afraid of bugs and tells a story about a library book he once opened that had maggots fall out of it.

His sister, Celeste, is introduced in this game as the observatory's operator and aspiring astronomer. He also allows his friend, Brewster, to run a cafe in the museum.

Blathers reveals significant details about his backstory in Wild World. To see the conversations, click here.

Blathers continues serving as the director of the Museum in City Folk. He continues to maintain his fossil identification certification and gladly identifies fossils for the player as well as accept donations of fish, bugs, fossils and paintings. He often makes jokes about fish and bugs (while still maintaining his fear of bugs), but does not provide nearly as much information upon the donation of fossils and paintings.

He continues to allow his friend, Brewster, to run a cafe in the museum, and his sister, Celeste, continues to operate the observatory.

Blathers yet again continues his role as the director of the Museum on Main Street in 'New Leaf'. He graciously accepts donations of fish, bugs, fossils, and paintings, though his fear of bugs is still present as he often disparagingly remarks about them upon receiving donations. He makes reference to a personal collection of fossils but not having enough bells to add to the collection.

By this time, his friend, Brewster, has earned enough money to open a standalone cafe rather than running it out of the museum. Blathers recommends Brewster move to the player's town once a certain number of donations has been made. His sister, Celeste, will move town to open a second floor of the museum rather than starting with the museum given this museum does not have an observatory.

Blathers once again reprises his role as the Museum director. After the player donates five creatures to Tom Nook, Tom gives the player a tent to place, which will serve as Blathers' collection tent to start out with. Once on the island, Blathers will give the player a recipe for a flimsy shovel, and provide fossil assessment services. Once the player donates 15 more museum items, Blathers will stop accepting items until the museum is built (though he still offers fossil assessment until construction on the museum begins). Once the museum is finished, the player is able to continue donations. However, until a certain amount of items are donated, the player may only donate one item at a time. Blathers still has his fear of bugs, and is reluctant to give facts about any bug the player donates. He will sweat if you show off a bug. He is much more optimistic about giving facts on fossils and fish. Shortly after the museum is opened and the player comes to talk to him, he announces to the player that the donation services have been streamlined, meaning the player can now donate several fossils at a time.

Once the player has made 60 donations in total, Blathers will express interest in displaying art inside the museum. Should the player donate any genuine painting or sculpture to Blathers, he will begin construction on an art exhibit, leaving the museum temporarily closed for renovations the following day. Once the art exhibit has opened, he will accept art the same way as any other donation.

, he will have the following to say:

"Hellooo, this is Blathers. Ah yes, Player! How might I be of assistance?
Hoo-HOO! A campsite, you say?!
While that does sound like fun, I understand campsites are outdoors, and the outdoors...are full of BUGS!
I detest them, you know. The bugs, that is. What's more, I'm up to my wingtips in research.
So while I thank you for the invitation, I'm sorry to say I cannot make it."

Blathers can be served as a client in Happy Home Designer. He freely allows the player to design his house.

Blathers appears in the film Dobutsu no Mori alongside his sister, Celeste, in the Museum. The first meet Ai here after she exclaims a loud scream at the fossils in the museum. Blathers responds by lecturing her about the skeletal T-rex, but Celeste saves Ai from the lecture by dragging her away. Blathers continues rambling, oblivious to Ai's absence.

“No no! <missing>”
― Blathers in Animal Crossing, when given a new insect.

“This... Upon close perusal, I see this is most certainly NOT the original! It is a vile, shameless forgery!”
― Blathers, City Folk

“This <insect name> here reminds me vaguely of when I was but a chick in my mother's nest...”
― Blathers in New Leaf, after given a single insect.

“The <fish name> reminds me of a time when I was still in my baby feathers...”
― Blathers in New Leaf, after given a single fish.

Blathers Wild World Sprite
Add a photo to this gallery

Blathers explains his irrational fear of all bugs.

Blathers in City Folk.
Add a photo to this gallery

Talking to Blathers for the 1st time.

New fossil found in the bunch.

Blathers thinking of something.

Talking to another Blathers from another town.

Blathers making jokes to the player.

Blathers after a fossil set is completed.

The player is unable to donate artifacts.

Having Blathers assess a fossil, turning out to be a Peking man.
Add a photo to this gallery

Blathers' PC Icon
Add a photo to this gallery

A Blathers plush with a bug cage 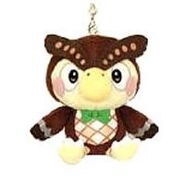 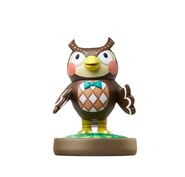 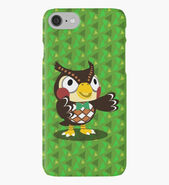 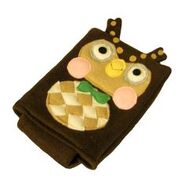 Blathers 3DS XL pouch
Add a photo to this gallery

Retrieved from "https://animalcrossing.fandom.com/wiki/Blathers?oldid=449013"
Community content is available under CC-BY-SA unless otherwise noted.