Tortimer (in Animal Crossing only)

The town undergoes an incredible change during the Cherry Blossom Festival. Regardless of whether or not any cherry trees have been planted in the town, all deciduous trees will burst into pink bloom, and pink petals will fall from the sky.

Town villagers become very excited about this sudden transformation and if Tortimer visited, he will explain more about the festival and its meaning to the town. At the end of his explanation, Tortimer will give award the Pink Tree Model. During the festival, the hourly music is slightly different.

Both Wild World and City Folk do not celebrate the Cherry Blossom Festival; instead, there is an informal Cherry Blossom Season in which all trees aside from evergreens and those that bear fruit have their leaves replaced by pink cherry blossom petals. This season continues through the duration of the Flower Fest.

The Cherry Blossom Season in New Leaf is similar Wild World and City Folk, but with two small changes. The season takes place between April 1st and 10th of each year, and cherry blossom petals can be seen falling from the sky on some days. All non-fruit, non-pine trees, including the Plaza's town tree turn pink.

cherry-blossom petal in the crafting recipes can be retrieved from popped balloons. One recipe, the outdoor picnic set, can also be obtained from Isabelle during the morning broadcast. The cherry-blossom petals can be seen drifting through the air across the player's island and can be captured with a net.

The majority of the items are part of the cherry blossoms series.

The following recipes may be found in balloon gifts for the duration of the event:

Blossom petals falling from the sky

Blossom petals falling from the sky during night times 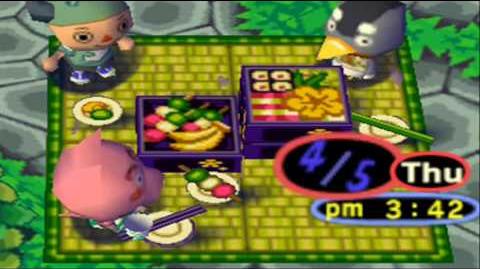 Animal Forest Music - Spring Blossoms
The music for the Cherry Blossom Festival in Animal Forest for the Nintendo 64. 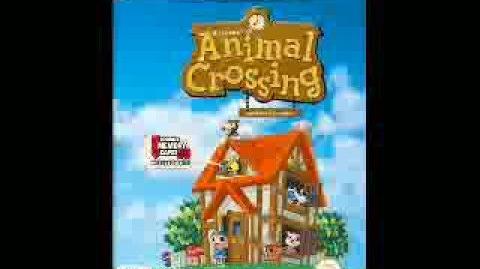