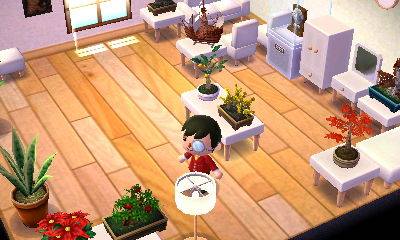 The Minimalist Series (シンプルシリーズ Shinpuru Shirīzu?) is a series of furniture in the Animal Crossing series. It first appears in New Leaf.

The series consists of plain white furniture with small portions of light brown wood. The items in the series have an extremely basic and rounded design. There are 13 items of furniture in this set, including the wallpaper and floor. Prior to the game's English release, the wall and floor were mistakenly perceived as belonging to the Patchwork Set.

A player receiving a minimalist sofa.
Community content is available under CC-BY-SA unless otherwise noted.
Advertisement