Start a Wiki
Posters are furniture introduced in New Horizons. They are both released as promotional items for real life events and mementos of characters in-game. They can be displayed on walls or placed in a room once obtained.

A player can obtain posters by making villagers pose for photos or by scanning an amiibo at Harv's Island. Villagers that have had their pictures taken can then have their posters purchased through the Nook Stop for 1,000 Bells each. Posters of villagers not from the player's island will not be added to the Special Goods Nook Stop list if the player catalogs the poster. However they will show up by using the search function. Posters of characters currently unsupported by Photopia, such as Digby or Resetti, will still be added to the player's Catalog.

Special amiibo cards and amiibo figures can be used to invite special characters to Photopia, allowing the player to access their posters. Posters do not change depending on if an amiibo card or figure is used, or if different variants of a character's amiibo card are used. For example, Isabelle's summer outfit and winter outfit amiibo figure will produce the same poster. Currently, there are 16 Animal Crossing amiibo figures--18 including the Super Smash Bros. Villager and Isabelle amiibo.

Villager's poster
Add a photo to this gallery

Using the amiibo for the Sanrio crossover characters will add a promotional crossover poster based on that character's series of origin, instead of a poster made for the character in question. There are 6 posters in total, each featuring a special character from the Animal Crossing series and a Sanrio character. 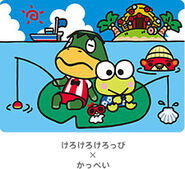 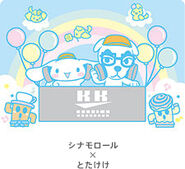 Zucker
Add a photo to this gallery

Retrieved from "https://animalcrossing.fandom.com/wiki/Posters?oldid=474739"
Community content is available under CC-BY-SA unless otherwise noted.