In New Horizons, players will always have one random sisterly villager as a starter villager.

In Happy Home Designer they are given even more of a tomboyish personality, no longer being as caring as they used to be. They are, on the contrary, the most sarcastic, blunt, and mischievous out of the female villagers. They like to party a lot, get bored easily when things are calm, and seem to always be in search of stunt emotions and experiences. They tend to taunt the player (and the other NPCs) very often and hate genuine compliments.

Below are some (not all) quotes made by sisterly villagers. 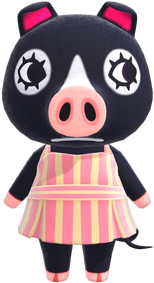 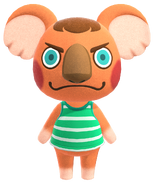 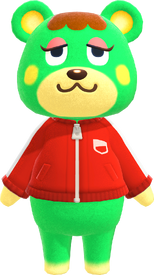 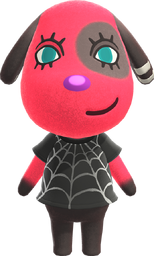 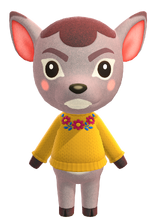 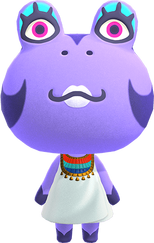 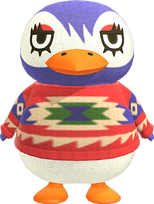 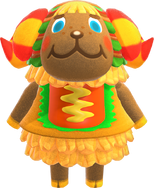 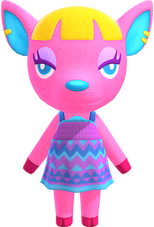 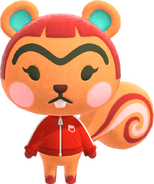 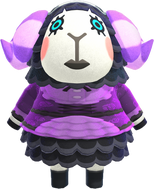 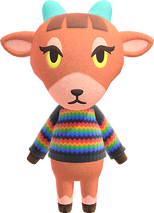 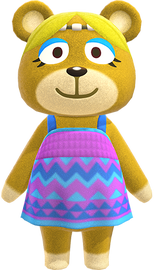 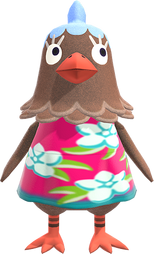 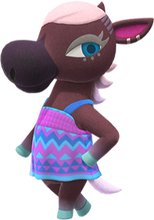 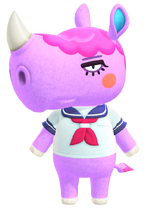 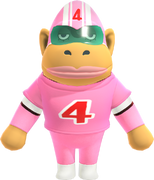 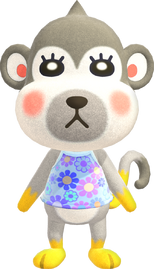 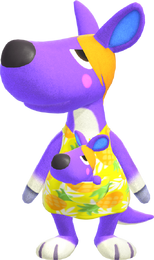 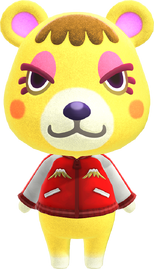 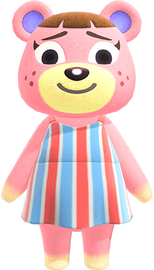 Ursala
Add a photo to this gallery

Retrieved from "https://animalcrossing.fandom.com/wiki/Sisterly?oldid=508702"
Community content is available under CC-BY-SA unless otherwise noted.