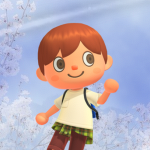 November 29th, 2014 Hey Hoa, HUGS AND KISSES 4 EVAR Yo mama so stupid, that she bought medicine for the computer's virus!

February 29th, 2016 alohoa hoa B) hope youll never froget this fine leap day!! lol get it bc frogs leap (this is why i have no friends) CalimariAquariium (talk)

July 6th, 2016 Hey HOA. I'm really glad you cared enough to have a chat with me, you made my day. You're a really cool person. Hope I can return to this lovely community one day. Ace / Carter

August 4th, 2020 Hey HOA, I am so glad to have known you over the years, its been a pleasure on this Wikia, cheers and thanks for all you do :) EditorWiki (Animail)

September 2nd, 2020 thank you for everything you do for this wiki and more! i'm sure it takes a certain level of patience to deal with all of us haha -Hopewish a dream is a wish your heart makes 14:52, September 2, 2020 (UTC)

September 23rd, 2020 Ugh sorry for my old sig, cringing at it as we speak, but anyways thanks for being an admin I really look up to. You've definitely got it as well. -

My first night here was Saturday, June 1, 2013. I was excited for the upcoming release of New Leaf, and this site seemed to be the most popular place for fellow fans. I took notice to the chat and joined where, on that night, I met dear friends, Fang and Static. When the game came out a week later, I became so absorbed that I forgot about the chat.

I was absent until February 2014 when I had a sudden remembrance of the site. I joined the chat and met many new names. I was promoted to a chat moderator (when we let nearly anyone snag rights), but I proved myself as a reliable member of the team. I made many new friends (most notably, Robyn and Shade). At that time, the chat was more of a lifestyle than a hobby. It was who we were. We were a community.

I ventured beyond the chat and became greatly fascinated by editing on the wiki. Most of my best accomplishments are the little things you see, like aesthetically pleasing template and table designs. I also spruced up the homepage in 2015. I had fun with that project.

As the years passed, the chat community dwindled. I kept up with editing to make the site look as clean as possible. I was promoted to an administrator in 2015 and a bureaucrat in 2016. The chat and wiki were slow after my promotions, but I made frequent appearances.

New Horizons released in 2020, and a new splurge of activity appeared. I have consistently visited the site and reviewed daily edits, even during the dry spell post-2015. I am still highly active and look after edits, but I am not as creative with my web design as I used to be. I've grown a lot since 2013 and have set challenging (but never impossible) goals for myself, so I haven't found the time to edit as much as I did half a decade ago.

I have met some of the smartest, most generous, hard-working, and loyal people here. Thank you to every friend I've made. 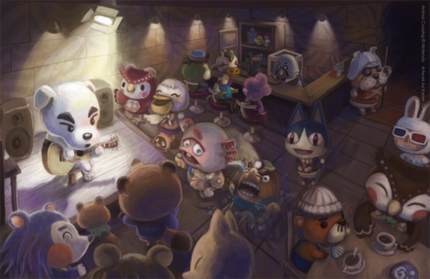 Retrieved from "https://animalcrossing.fandom.com/wiki/User:HOAFanguying?oldid=501117"
Community content is available under CC-BY-SA unless otherwise noted.