Animal Crossing Wiki
Register
Don't have an account?
Sign In
Advertisement
in: Under construction, Tool, New Horizons,
and 2 more

New Horizons
Wands are tools used to transform the clothes of the player. Wands make their first appearance in New Horizons. There are several different versions of wands, but they all have the same function. While they can be obtained in various ways, they seem to primarily serve as recurring event rewards.

The player can use a wand by equipping it and pressing "A". It then opens up a small menu where the player can choose between 8 pre-made outfits. A player can revert back to the clothes they were originally before the transformation by pressing "X" or going to the outfit they are wearing and pressing "A" while using the wand.

A player can create an outfit for the wand by opening a wardrobe or dresser in one's home or in any usable storage unit outside of their home; followed by choosing "Edit Wand Outfits". Outfits can be created by clothing stored in storage or in the player's pockets. Once an outfit has been created, the outfit is stored in the wand. Any part of one outfit cannot be used in another wand outfit or be worn by the player as a regular outfit.

Wand outfits can only be used when the wand is in the players pockets. If a player drops the wand while wearing a wand outfit, their apparel will be reverted to the outfit they were wearing prior to the transformation. 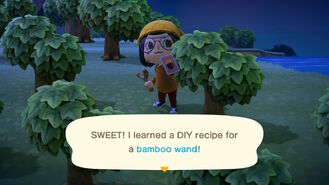 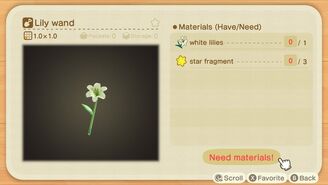 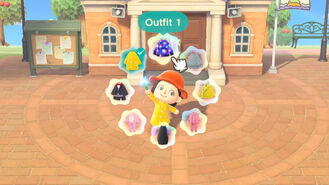 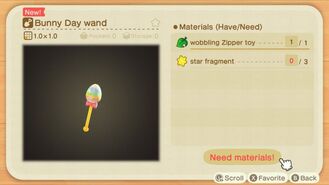 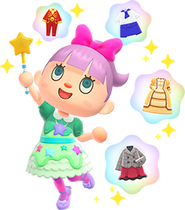 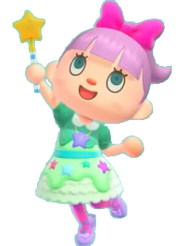